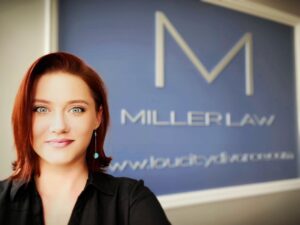 Christine Miller is a Louisville native and from a young age her drive to become a lawyer had been obvious to any that knew her. She would follow this passion to the University of Kentucky where she would earn her B.A. in Political Science in 2007. From there she went on to obtain her Juris Doctor from the New England School of Law in 2010. While in Law School she was afforded the opportunity to study juvenile law in Prague, Netherlands and international law at the prestigious National University of Ireland in Galway, Ireland. This allowed her to study directly under the renowned Supreme Court Justice Antonin Scalia. After three years studying all over the globe, she decided to bring that expertise back to the bluegrass as a public defender in Mount Sterling, Kentucky and eventually back to Louisville where she now practices Family Law.

Christine graduated from the University of Kentucky with a bachelor’s in political science. She attended New England School of Law in Boston, Massachusetts. Christine served as an editor on the International and Comparative Law Journal and was very active with the Woman’s Law Caucus. During her time in Boston she interned for the Attorney General’s Office, clerked for the Honorable James Coffey, and practiced under a limited license in both District and Superior Court. Christine studied at the prestigious National University of Ireland under the late Supreme Court Justice Antonin Scalia. 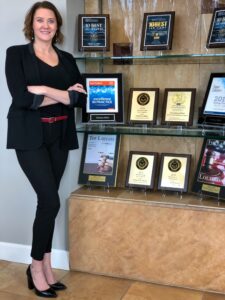